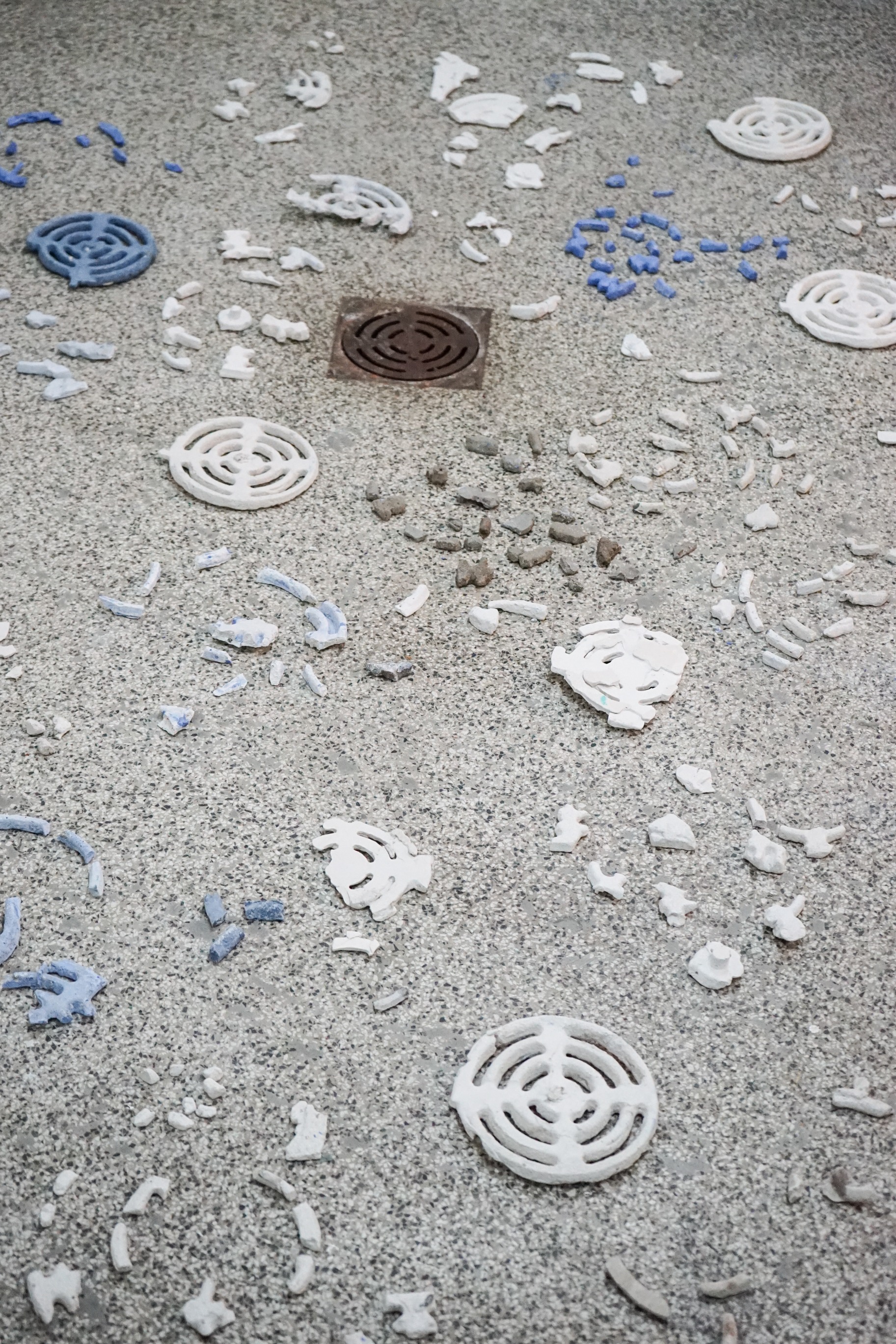 regarding all the elements that constitute it: a precious collection of objects trouvé and their interchangeable relationships. My practice operates within the interspace where the concept can be considered a found object and the found object considered a concept. I follow this modus operandi throughout the entire working process, starting with reinterpretation, through the act of observing, and documentation. This approach is further elaborated by work with different mediums, developing the materiality alongside the concept, applying them to each other accordingly, analysing and pushing their limits.

Considering myself a side-kick of artworks-in-process and a translator of stories surrounding us, I more often than not find myself researching down numerous rabbit holes, not just to understand the particularities of the subject in question, but to draw the lines, to repurpose, reproduce, and find new connections.”

The residency is organized as a part of the HYDRA PACE – Platform for Artistic Collaboration and Exchange project. Anna Lindh Foundation and the European Union are the main partners of the project. The residency program of KAIR Košice Artist Residence is supported using public funding by Slovak Arts Council.