Magid (they/them) are a visual artist who focuses on taboo and culturally sensitive issues, such as mental illness, sexual assault, family honor, and queerness. 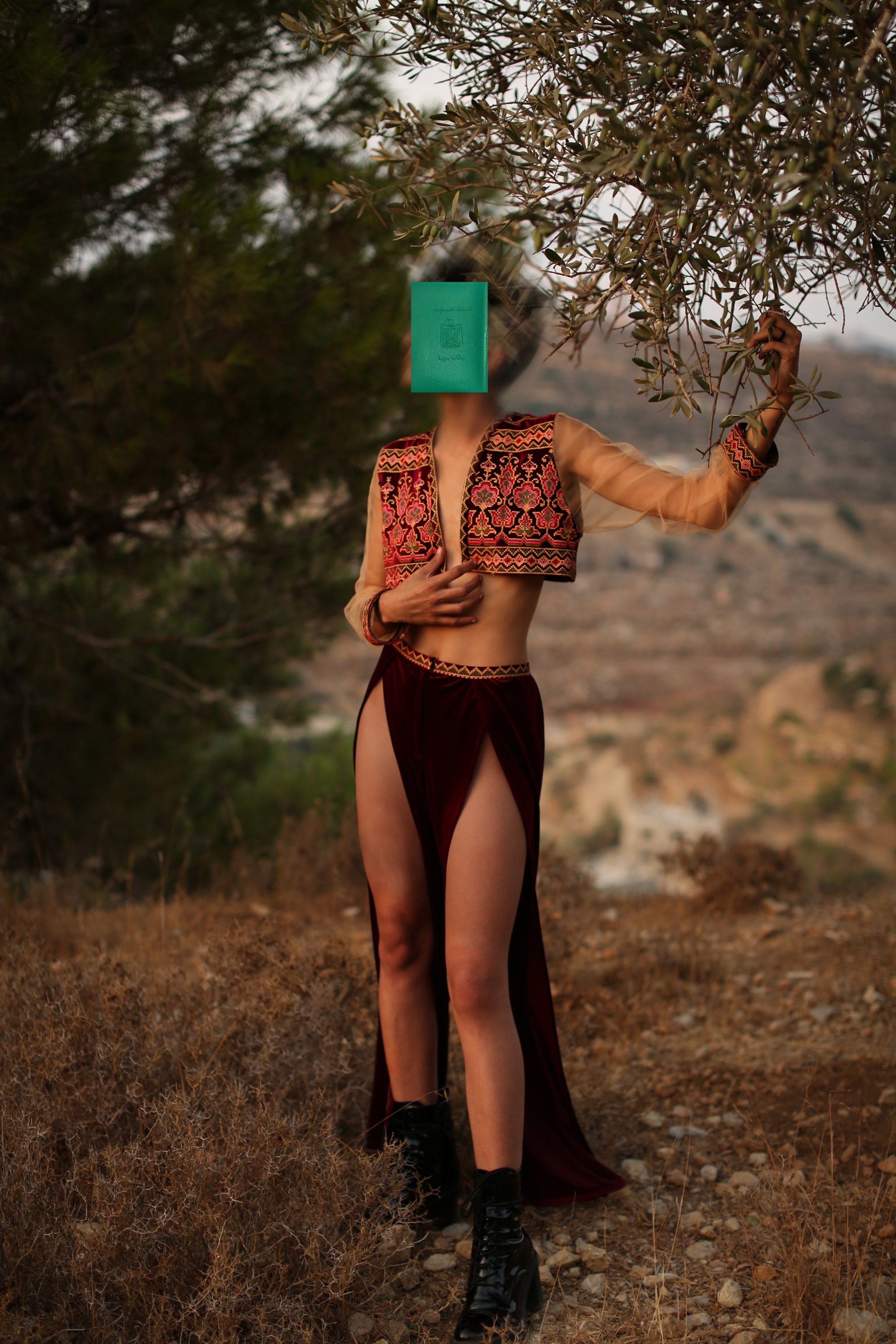 Their’s practice is developed through artistic research, human experience, and personal interactions which they then attempt to translate into activism to challenge and question social structures. They materialize this mainly through realistic and surrealistic charcoal pieces. In this project, by combining performance and fashion with more traditional forms of visual art, they are better able to express the emotions behind the cultural celebration, community struggle, and lost heritage. The performance aspect creates a relatable, tangible experience for the viewer, while the fashion aspect creates a context in which the imagined characters exist. When the performers dress as the characters in each drawn piece it creates a raw experience of fully connecting with the art and the message.

At Magid’s core, Palestinian resilience has taught them resilience in other parts of their identity. In the same way, mainstream media misrepresents their struggle as being Palestinian, as societal norms have done to their queer identity. What they’ve learned from the former they apply to the latter. This has made them stronger, more aware, and more critical of the world around them.

They are unafraid to act on what they believe is just and although they’ve experienced hardship and loss because of it they believe there is no other way. Growing up queer in a conservative household, while being undocumented in Palestine has changed their perception of identity.

Hiding their phone at family dinners, whilst hiding their passport at illegal checkpoints. Having to hide their identity is routine. they never thought they could be all of them, They always felt as if they had to choose one identity. Now, they are proud to say that they are a queer non-binary Palestinian Jordanian visual artist; who is currently based in Ramallah, Palestine. They go by “Magid” and use “they/them” pronouns.