“I overdid it with swimming, I’m tired all day. To swim 1 km in a 15 m pool, it takes so many turns that it even Phelps would be sick. Now that I’m lying in bed tapping into my laptop, I feel like I’m left with water in my middle ear if something like that is possible, but I have this feeling that this water in my ear may be responsible for my head spin. And so that there is not enough water, I open Olga Tokarczuk on page 161 and read about Odra – how everyone has their river. Today, it also popped in my head that about a trillion people, including artists, have at least one photo of the sea on their Instagram. It would be great to establish a profile only with the seas of all people. In my head, besides the phrase ‘learn from water’, I also have a sentence that Ľuboš used in his exhibition: “Something is in the water.” And among other things,  I read what percentage of us makes water, and I think that if gravity moves something as big as the sea, it also moves with my water and that we are so close that we are actually one. Olga writes something similar and I will just add that everything fits together and, as always, everything is related to everything.” 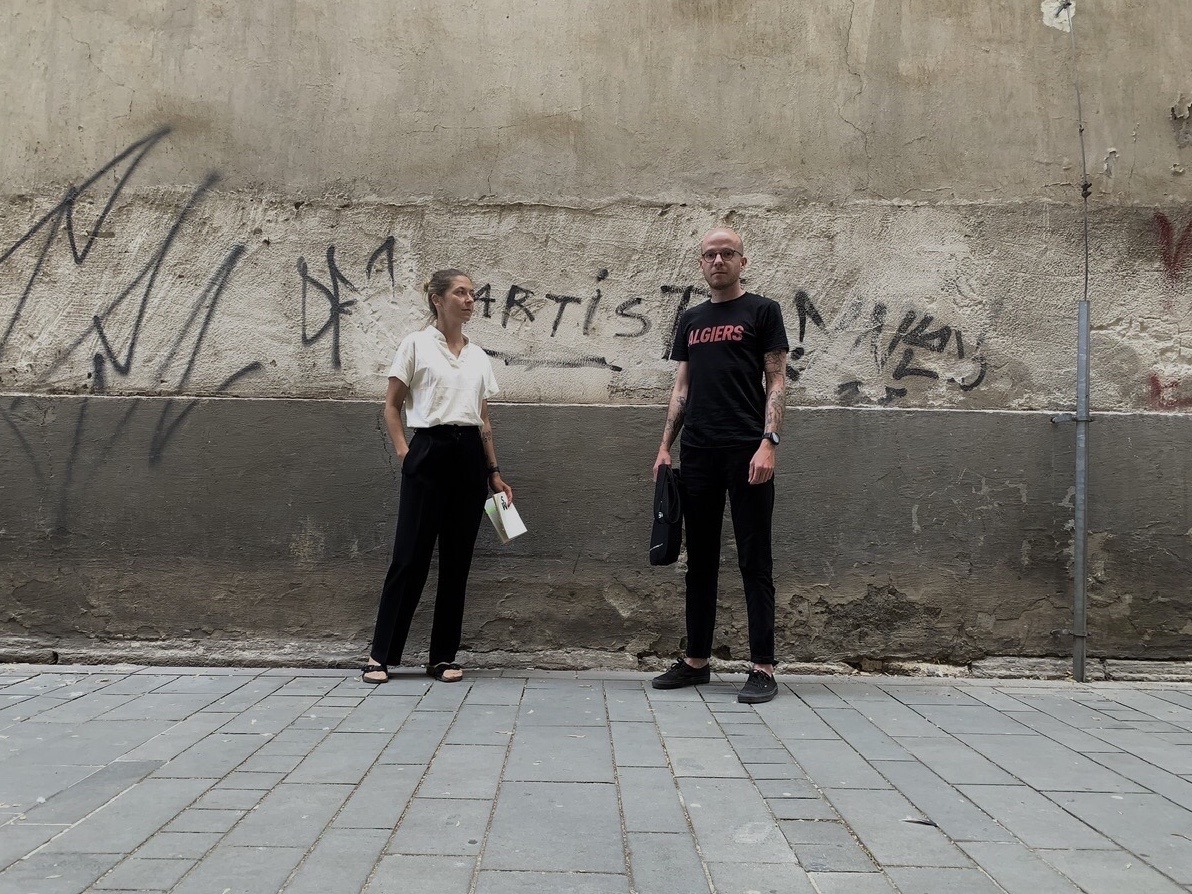 Exhibition Practice of Solitude combines the work of two environments and two authors in a mutual space. The first environment consists only of the memories of the Western Fjords of Iceland, where the author spent one month during the winter this year. The second place represents Košice, where Lucia was creating together with partner and artist Ján Skaličan during two summer months at the residency programme K.A.I.R. Košice Artist in Residence. Practice of Solitude is not an objective representation of reality. The individual parts, objects and images are interconnected by their subjective urgent need for the physical materialization of an idea. The gesture has an important function, its place in the process and the passage of time. Loss of solid ground under feet, doubt, distrust in the ability to know. Mutual loneliness is an inseparable part of our being, it is necessary to accept it, to learn together to use it for the benefit of personality. 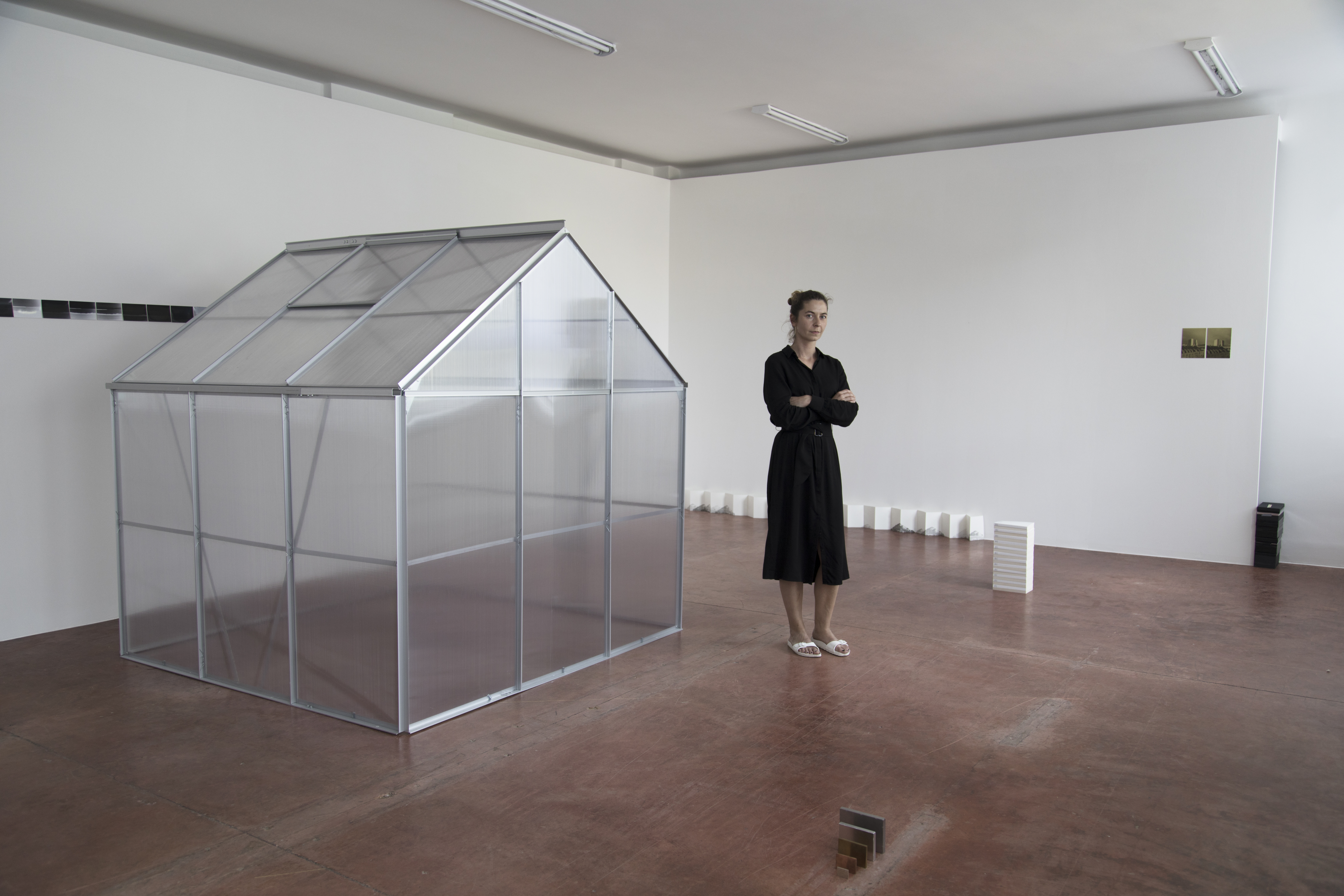 Lucia Gašparovičová is a visual artist originally from Žilina and currently based in Bratislava. She studied at the Academy of Fine Arts in Bratislava, where she completed her doctoral studies in 2019. In addition to her studies, she was dealing with gallery pedagogy, forms of mediating fine arts to the public, and finding ways of interaction between works of art and spectators. Through the creation of objects, photographic images, author’s books, site-specific installations, she focuses on the study and recording of environments and phenomena related to the perception of everyday life. She tries to programmatically draw attention to and visualize phenomena that are, so to speak, “invisible” and thus ignored.

Lucia Gašparovičová underwent classic craft training in high school and transfers her skills and principles of working with material (mostly metal) to a wide range of art media. For being able to step aside from everyday life and look onto in with a ceratin distance Lucia during winter months exposes herself to the extreme condition of Island as a part of residencies. The topic of domination of natural phenomena and loneliness she plans to also reflect in her work during the residency within the program K.A.I.R. Kosice Artist in Residence in Kosice.

Ján Skaličan (1989, Bratislava, SK) is a Slovak visual artist who works mainly within the field of photography and overlaps into thinking about his possibilities at present. He is a graduate from the Department of Photography and New Media at the Academy of Fine Arts and Design in Bratislava (2012 – 2018), where he is currently working on his dissertation entitled Investigative Procedures in Contemporary Art. During his studies, he completed an internship at the University of Arts in Belgrade. Since 2012 he has been part of the dsk. art group (together with Iva Durkáčová and Ľuboš Kotlár). From 2014 to 2017 he also was as a co-founder, curator and organizer in the Žumpa gallery. This year he attended  BAK (winter) school in Bratislava. He actively presents his works in Slovakia and abroad.