Ana Gabelaia (*1991) is a Georgian curator who in 2015 received masters degree at the Tbilisi State Academy of Arts at the Department of the Contemporary Art Theory.

In 2014 she was a founding member of Curators Lab. and in the frames of the large-scale research project – Video Art Lab. she co-organised exhibition and publication project aimed at promoting the phenomenon of the moving image. In the same year she participated in AIR program at BINZ39 Foundation in Zurich. After coming back to Georgia, she curated 2015’s edition of the International Festival of Contemporary Art in Honor of The Zdanevich Brothers.

From 2016 onwards she works as a curator at Propaganda.network. Her portfolio comprises solo and group exhibitions which she organized in cooperation with freelance professional artists and institutions (e.g. curating and preparing autonomous pavilions in collaboration with Tbilisi Architectural Biennial in 2018 and ‘Oxygen _ Tbilisi No Fair’). 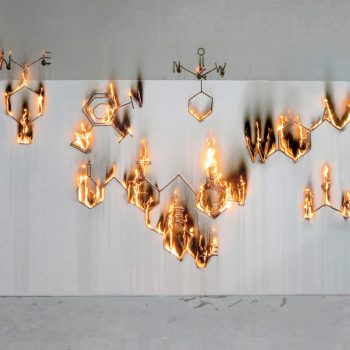 According to Ana one of the main goals which contemporary art should pursue is the need to reflect the political and social problems. Therefore, she often works on the projects triggering these question on the national and international level.

Currently, she is developing the second edition of ‘Oxygen _ Tbilisi No Fair’, followed by other small/medium-scale projects.

To Košice, she has come with an aim to become acquainted with the Slovak contemporary art scene. The result of her research will be exhibition project realized in 2020.