Ahmad BaBa is a Lebanese visual and performance artist based in Berlin. His work is rooted in critical interdisciplinarity and anti-oppressive practices. With a performing arts background and currently working towards his MA in Dance and Movement Therapy, Ahmad focuses on developing embodied arts and therapeutic processes. 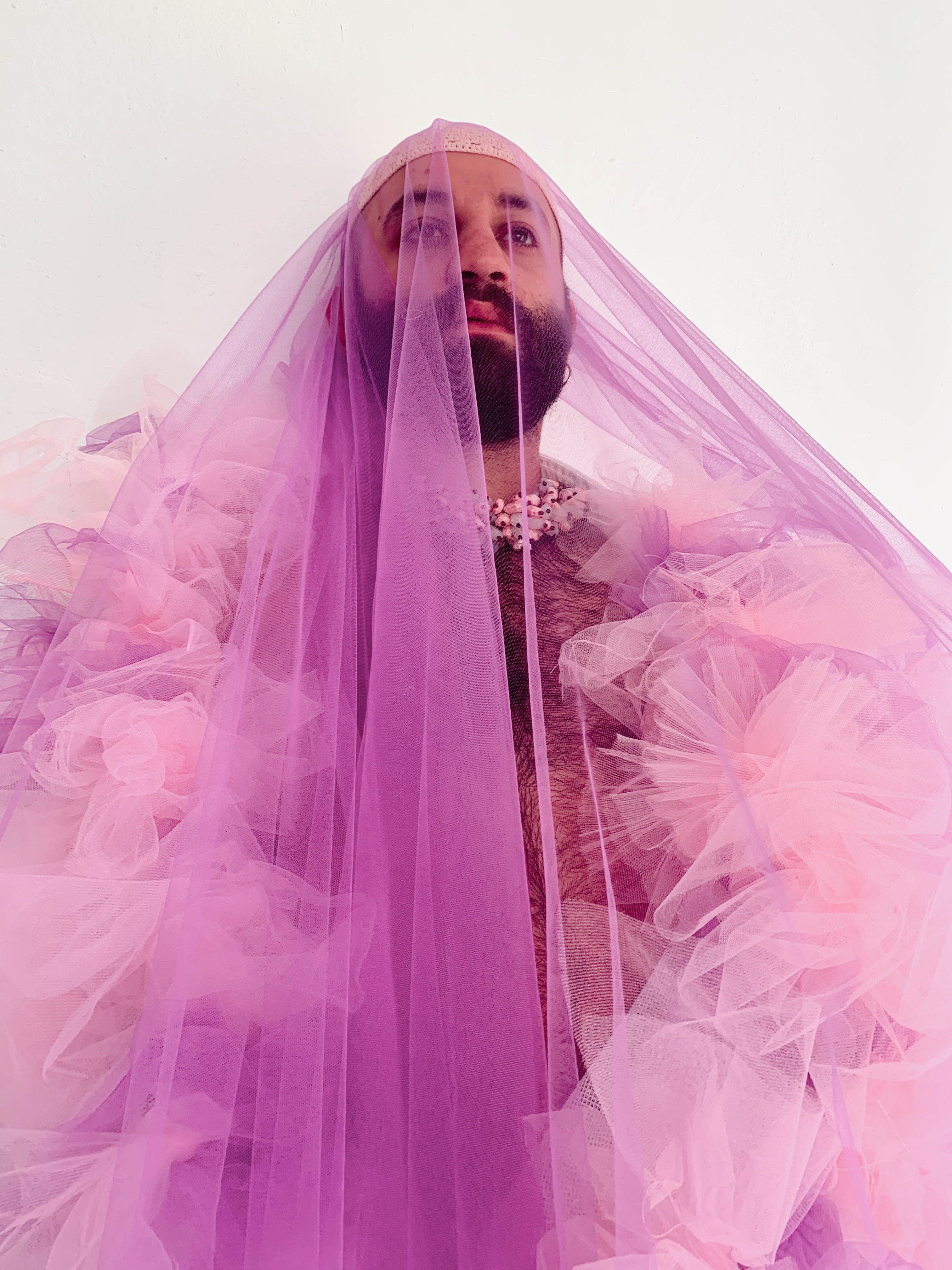 As conventional pedagogies around body work reproduce systemic oppression in institutions, he works against viewing the effect of oppression as political mediums and complexities that fall outside of the “norm”. Ahmad’s practice works to centralise lived experiences as the core element for collective transformations through approaches based on a ” by us, for us” framework, the rewriting of bodies’ stories through dance, and redefining trauma-related oppression(s). Some of his previous projects and workshops include “Manuscripts of Foreign Body(s)”, “Deconstructing Aesthetics of Embodiment” and “ QueeЯevolutions”. His visual performances approach identity from a critical and collective archivist perspective that revolve around understanding Queerness in relation to the multilayered Arab*Muslim identity(s). This has shown through in his work “ Ilk علق“, which is an investigation into how queerness has become a form of colonialism, erasing and homogenizing many identities and ways of being that don’t necessarily fit under “Queer” as an umbrella term.